FROM TRUMP TO BIDEN: ISOLATIONISM AND INTERNATIONALISM IN U.S. STATECRAFT

You disliked this video. Thanks for the feedback!

In his Farewell Address of 1796, President George Washington admonished the United States „to steer clear of permanent alliances with any portion of the foreign world.“ Thereafter, isolationism became one of the most influential political trends in American history. From the founding era until the Japanese attack on Pearl Harbor, the United States shunned strategic commitments abroad, making only brief detours during the Spanish-American War and World War I. Amid World War II and the Cold War, Americans abandoned isolationism; they tried to run the world rather than run away from it. But isolationism made a distinct comeback during the presidency of Donald Trump. In the wake of Trump’s America First approach to statecraft, President Joe Biden is now seeking to navigate the isolationist and internationalist traditions in U.S. history. Drawing on his new book, Isolationism: A History of American’s Efforts to Shield Itself from the World, Charles Kupchan will examine how the Biden administration can go about crafting a US foreign policy that addresses international challenges while enjoying public support. He will discuss the ideological and political roots of America’s role in the world to shed light on the past, present, and future of US grand strategy.

Charles Kupchan, senior fellow at the Council on Foreign Relations (CFR), professor of international affairs at Georgetown University, advisor in the White House during the Obama and Clinton administrations.

FROM TRUMP TO BIDEN: ISOLATIONISM AND INTERNATIONALISM IN U.S. STATECRAFT 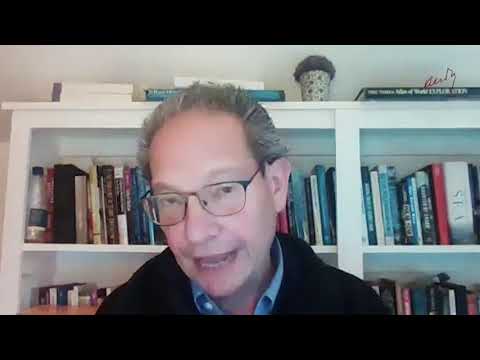 EVA NOWOTNY IN CONVERSATION WITH RAIMUND LÖW AND CHARLES KUPCHAN In his Farewell Address of 1796, President George Washington admonished the United St...